ServiceMaster Clean, Swansea & South West Wales celebrated our 10th birthday in April 2015, since this time we have celebrated nine clients using our commercial cleaning services for a continued period of ten years. This is a great achievement as we operate within a very competitive market and therefore this highlights how much we importance we place on customer retention and customer satisfaction. 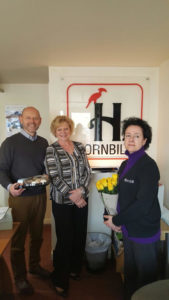 Jayne Gethin, Managing Director for ServiceMaster Clean, Swansea stated “It is great to celebrate any ten year anniversary but this one in particular is very rewarding due to the close proximity between both companies. We have literally watched each others companies grow from strength to strength over the last decade and acquire more office space within Darcy Business Park to cope with the needs of both businesses. I would like to thank Hornbill for their continued support and I am extremely excited about the next decade and to see what the future holds for both companies”