We are delighted to announce the successful tender for the provision of commercial cleaning services for Llandarcy Park Limited.

Llandarcy Park Limited, also known as Llandarcy Academy of Sport is a multi-purpose sport and education facility which consists of:

December 2015, Llandarcy Park Limited re-tendered their cleaning needs away from Neath Port Talbot College and as a result ourselves and three other cleaning companies were invited to tender for the provision of their commercial cleaning services.

As a result we are delighted to announce that Llandarcy Park Limited has re-awarded ourselves the commercial cleaning contract for their premises in Llandarcy which we commenced on the 1st of February 2016.

Jayne the Managing Director for ServiceMaster Clean Swansea stated “It is a very pleasing moment to be re-awarded the commercial cleaning contract for Llandarcy Park Limited. We understand the building and its requirements inside and out, and are very much looking forward to working closely with the academy once again.

The successful tender will see five members of staff transfer from the previous contractors under TUPE legislation which will consist of over 50 hours per week. 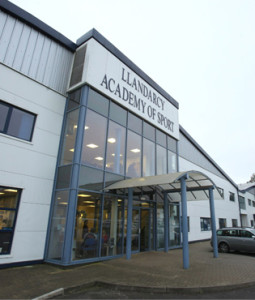